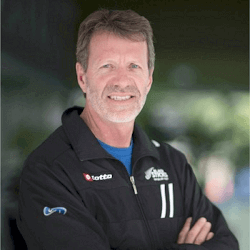 Colin Batch is no longer the Men’s Black Stick Coach after quitting the role, says Hockey New Zealand this Tuesday afternoon. The announcement has come after former coach for the Wellington Phoenix Football Club, and Batch’s good friend, Ernie Merrick let this cat out of its bag earlier that day as he was making his last-ever Phoenix press conference.

Merrick, who looked surprisingly unperturbed at the press conference announcing his decision to part ways with Wellington Phoenix Football Club, reportedly said that it was a coincidence that “two or three of these positions” were changing at the same time, and that Batch had communicated with him by means of a text message. He stated that the message from Batch had informed him that Batch was resigning as well, and although Hockey New Zealand was unable to confirm where it was that Batch would be heading Merrick, in his role as the gift that just keeps right on giving, filled in all the gaps.

Merrick stated that he believed that Colin Batch would probably be taking over the position of Australia’s coach, but acknowledged that he may have “spoken out of tongue”. He wondered aloud whether or not Batch’s leaving was “common knowledge” yet, and posited that his resignation may not yet have been officially submitted.

Hockey New Zealand has stated that Batch’s resignation was, in fact, tendered so that he would be able to return to his native Australia. Terry Evans, Director of High Performance, said that it was accepted as fact that the decision had been a difficult one for Colin to make, but that eight years away from his family in Australia was too long for Batch. Hockey Australia’s announcement of the appointment is expected at 19h00 NZ time.

The move is an understandable one when one considers that the Kookaburras have currently only got an interim Head Coach, thanks to Graham Reid’s stepping down from the role when the 2016 Rio Olympics drew to a close.

Batch, who was born in Melbourne, was also once an Australian hockey representative.

In other news, Mark Hager, Coach for the Women’s Black Sticks, has just signed an extension to his contract with New Zealand Hockey that will be in place until the Tokyo Olympic Games in 2020.