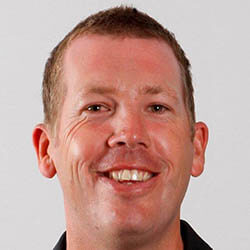 A sports community in New Zealand is coming together around the Conza family. Their patriarch, Brad, was a Strength and Conditioning Coach who recently lost his six-year battle against chronic respiratory failure. The news of his untimely death broke after Gemma McCaw, née Flynn, Black Sticks Hockey star, posted a poignant tribute on Instagram saying the team had lost a very special man.

One of McCaw’s former Black Sticks teammates, Katie Glynn, has since gone on to create a Givealittle crowdfunding page to help Chloe Conza, Brad’s eight-year-old daughter, and his wider family deal with their enormous loss. At the time of writing over NZ$15 000+ had been collected.

Glynn has revealed that she knew Conza, or B-rad as he’s more affectionately known, for more than 10 years. She said he was her team’s trainer when she was an athlete and she then worked with him as part of the management staff.

In the Givealittle page tribute, Glynn said that Conza had dedicated his life to working as a Strength and Conditioning Coach for many elite athletes at High Performance Sport New Zealand. The list includes New Zealand Swimming, the Football Ferns, and the Black Sticks Women’s Hockey team.

She mentioned further that Conza was also a beloved brother, father, and son and that he was particularly dedicated to his daughter Chloe. She made mention of the passion and optimism he brought to the job being evident in his athletes’ subsequent performances and said that he provided enormous levels of support and fostered long-standing relationships with many players.

He will be sorely missed.