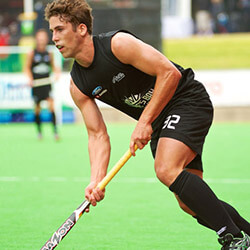 Nick Wilson is returning to the Black Sticks after a 4-year hiatus. The two-time Olympian last played in black at the 2016 Rio Olympics.

The 30-year-old was on Wednesday named part of the 25-man Kiwi hockey squad, with his comeback expected to go a long way towards offsetting a loss of more than 550 caps of international experience. Cory Bennett (110 caps), Marcus Child (171), and Arun Panchia (287) have all retired.

Although the Black Sticks haven’t competed since March, the hope is that they will be in a position to return to the field in an Oceana Cup scheduled for next year. The details of the event have yet to be confirmed.

The team’s inability to play has been a chance to take stock and re-set the Black Sticks’ program, as well as to connect with up and coming young talent, coach Darren Smith has said. The time off also give the players the opportunity to look at aspects of their lives away from the field, and to consider all that is important from a personal point of view as the team heads into 2021, said Smith in a recent team statement.