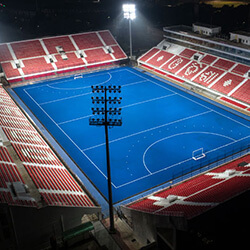 England took a comfortable 2-0 victory over New Zealand in the first crossover match, and have entered the quarter-finals of the Men’s Hockey World Cup 2018 at the Kaling Stadium in Bhubaneswar.

For the second cross-over match, the French team managed to claim a narrow 1-0 win over debutants China, and have secured their place in the quarters, where they will be matched against two-timer defending champions and current world number 1 Australia.

England also eased past New Zealand thanks to Will Calnan in the 25th minute who claimed a field strike, and then a penalty corner conversion by Like Taylor in the 44th minute. The team is set to take on Argentina for the first quarter-final game. France, on the other hand, owed their victory to Timothee Clement.

England, who are world number 7, proved to be a much stronger side against New Zealand in the first two quarters of the game, creating many more goal-scoring chances than their opponents, who are ranked ninth. England had their first chance to score in the fifth when they claimed their first penalty corner, but ultimately failed to seal the score.

After an otherwise boring first quarter, England earned their first point in the 25th minute after Will Calnan deflected a high ball sent from skipper Phil Roper from the left flank. Just two minutes later, Liam Ansell made a close range stroke that went just inches off of target as the team missed another opportunity.