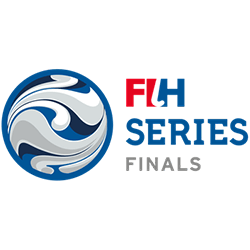 The Irish FIH Hockey Series ended in disappointment for the Irish team after they lost 3-1 to the impressive Korean team. Despite a tight opening half, Kim Hyunji made the breakthrough the team needed during the 46th minute, with Cheon Eunbi doubling the lead.

Nicci Dayl’s late score ensured a close finish before Kang Jina took the win for her team while Ireland pushed forward. The loss to the Irish team has no direct result on their Olympic ambitions, with the World Cup finalists having already earned a place for the qualifying rounds.

The first half saw some players stand out, with Korean goalkeeper Jang Soo Ju and her opposite Ayeisha McFerra who were both alert and active when they needed to frustrate attacks from the opposing team. Chloe Watkins, Ann O’Flanagan, and Deirdre Duke all had their goal bound efforts put to a stop while McFerran dived to her right to keep Eunji Cho’s strike out of the net.

O’Flanagan, who was named the player of the tournament this year, was sure that she had added a seventh goal to her tally when she fired from a penalty corner, but the referee disallowed the effort due to obstruction in the build up.

For the second half of the game, Korea seemed as though they would break the deadlock, with Kim finding a way through after sweeping down the right side, and Korea maintained their nerve to take advantage of the match.