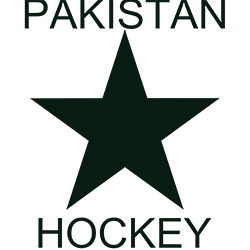 Pakistan’s national hockey team at the 2018 Men’s Hockey World Cup has suffered two blows as skipper Muhammad Rizwan Sr being ruled out of the remainder of the tournament due to an injury, while vice-captain Ammad Butt was banned for their last match.

The pool match the team played against the Netherlands saw the vice-captain banned thanks to a series on-field offence. The ban did not go down well with Pakistan’s team management, and manager Hasan Sarder termed the decision made by the International Hockey Federation as biased. Butt received the ban after the Malaysian team filed a complained to the FIH over a rough tackle that the player performed during their match that ended in a 1-1 draw.

Sardar, in a statement, said that Rizwan Senior fracture his fingers so he would be out of play for the rest of the tournament. He added that as far Butt is concerned, they weren’t informed until later that Malaysia had appealed the complaint, and that they were called in for a hearing where they had to watch the video that contained footage of the offence. He finished that not only did Ammad stop the ball, but the umpire also didn’t give any penalty corners against them, nor did he give any cards to Ammad at the time.

Despite his claims, Butt’s ban will most likely remain in place for the rest of the Tournament as they prepare to take on the Netherlands.