Gearing Up for Stanley Cup Finals 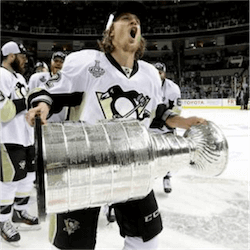 Stanley Cup Finals Ahead in June

Ice hockey is a minority sport in New Zealand, as it is in many parts of the world, but Kiwi punters can still enjoy the best action on the ice anytime, thanks to online betting sites. Fans are getting ready for the most prestigious tournament of the year, when North America’s Stanley Cup Finals in June will see the top teams in the NHL’s Eastern and Western Conferences compete for the cup.

Until then, of course, betting fans can get plenty of action from the NHL Play-Offs. The first round featured the top eight teams on each conference ladder after the regular season, and finished on 22 April with the field narrowed down to eight.

The second round runs from 26 April to 11 May, and the two winning teams in each conference then play the Conference Finals over the last two weeks of May. The two Conference champions will then compete in the Stanley Cup Finals in June, in a series of up to seven games, which is standard in all the Play-Offs rounds.

No Seventh Games in First Round

With each round a best-of-seven contest, the Play-Offs obviously require a minimum four games per round, but the full seven may not be needed. A case in point: in the first round of the 2017 NHL Play-Offs, none of the match-ups required a seventh game to decide who went through to the Conference Semi-Finals.

In the Eastern Conference, wild cards the New York Rangers took out Atlantic Division Champions the Montreal Canadians 4-2, a score repeated in the Ottawa Senators’ win over the Boston Bruins and Metropolitan Division Champions the Washington Capitals’ victory over wild cards the Toronto Maple Leafs. The Pittsburgh Penguins were the fourth Eastern Conference team to go through, after beating the Columbus Blue Jackets 4-1.

In the Western Conference, Central Division Champions the Chicago Blackhawks went down 4-0 to wild cards the Nashville Predators, as did wild cards the Calgary Flames in their defeat by Pacific Division Champions the Anaheim Ducks. The St Louis Blues beat the Minnesota Wild 4-1, and the Edmonton Oilers beat the San Jose Sharks 4-2. This leaves the Oilers and the Senators as the only Canadian teams still hoping to make the 2017 Stanley Cup Finals.