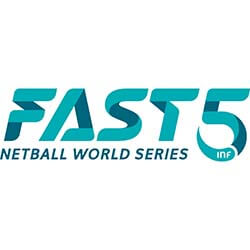 Great news for Kiwi netball fans is that much more international netball is about to come to New Zealand. This following the news that the Fast5 Netball World Series is about to return to New Zealand for the first time in 8 years.

Netball New Zealand recently announced that they’ve secured the rights for hosting the Fast5 Netball World Series for the next three years – beginning in 2022. The last time the fast-paced game had been played in the country and at international level was all the way back in 2014.

The popular event will be hosted by Christchurch Arena in 2022 and 2023. Next year’s edition of the tournament will be played in November, and about a week before Canterbury Cup week. About to be invited to participate in the event will be the world’s top six ranked national Netball teams.

For now, New Zealand remains the defending champions. The tournament hasn’t been played since due to the global health crisis.

Excited about New Zealand’s newly-acquired rights to host the event is Netball NZ chief executive Jennie Wyllie. She said she could not fathom a better way to celebrate the return of Fast5 athletes than by welcoming the best Netball players from the world over to New Zealand’s shores.

The fast-paced Fast5 format is a modified and abbreviated version of the sport. It features multiple point shots, shortened quarters, and only 5 players to a side.