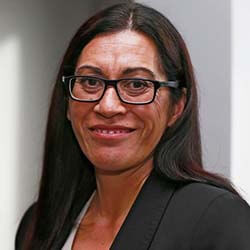 Dame Noeline Taurua says she hopes the five unnamed players recently sent packing from the Silver Ferns training camp due to below-par fitness standards will act as a wakeup call in time for the upcoming four-game Constellation Cup home series against Australia in March.

Although Taurua stopped short of singling out the “unfit” players, she did add that their identities would obviously become known when excluded from the getup due to play against Australia. The Ferns’ 12 to play Aus will be named on February 24.

A worrying suspicion is that the Kiwis are likely to emerge a bit light in the end of the defense when they take on the Diamonds – and mainly so due to the players who failed to reach the 16.3 minimum Yo-Yo endurance and fitness test standard. Taurua has treated fitness as a non-negotiable ever since she took over the helm of the national side from Janine Southby back in 2018.

Taurua said she was disappointed that some of the players were still struggling with fitness issues – even after fitness emerged a critical factor in their 2019 Netball World Cup title win. Taurua also said that it was an athlete’s job to be fit, and especially so when that athlete is contracted to New Zealand’s national netball side.

The unforgiving coach has in the past repeatedly voiced her own personal view on the standard as one that isn’t very taxing. She has also said that if she were to have her way, the standard would be raised from 16.3 to 17.