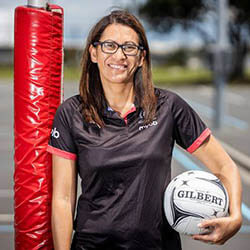 Silver Ferns coach Noeline Taurua says her side played an extremely “timid” game against England’s national side – and that their performance marks a solid step backwards from the steely show that saw them trumping New Zealand’s men in the recent Cadbury Series. This even despite the fact that the Silver Ferns are celebrating a comfortable 58-45 win against the England Roses.

Taurua will obviously be looking at more than what ends up being displayed on the points-board. The fact that the English side lacked several of its star players because of alternative commitments in Australia, would definitely have been factored in by the Silver Ferns coach.

But despite a sub-par performance, the English side still managed to show a whole lot of fight and grit in the game against the New Zealand women. Their being fresh out of a seven month-long hiatus probably did not help their performance against a Silver Ferns side fresh off a super victory against the country’s men’s side scored recently in Palmerston North.

The Silver Ferns coach did however point out – and perhaps in the defense of her side – that the players as well as the coaching staff have been “going hard” over the course of recent weeks following a return to “normality”. Physical as well as mental fatigue, conceded Taura, could very well have been factors playing a role in the performance opposite the Roses.

Taurua added that she’s now fully expecting to see an improvement in approach as well as performance from this point on out.