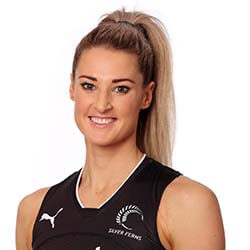 New Zealand’s Silver Ferns will have to make do without the power-play of star defender Jane Watson for the remainder of the year. This after Watson underwent a cleanout and stabilisation of the ankle on Wednesday week. Despite Watson having been named as part of the 2021-2022 official squad on Tuesday, she won’t be appearing on the court again this year

Watson’s anticipated absence is a big blow for the Kiwis’ hopes for the upcoming Constellation Cup series between New Zealand and Australia. The series gets underway on October 13, in Brisbane. Watson is considered the best defender in the world by many a fan and opponent.

The formidable Watson skippered the Tactix in their decider on Monday, after which she underwent the procedure on her left ankle. She will now remain in a cast for the next couple of weeks and will likely be in recovery for the rest of the year.

While fans are understandably disappointed, the procedure has according to dame Noeline Taurua, been a long-time part of the bigger plan. Now is a good time for the defender to catch a break, explained Taurua earlier this week.

What with two huge competitions approaching – the Commonwealth Games in July next year, as well as the Netball World Cup in 2023 in Cape Town, South Africa, the team will want their star defender at her best performance starting 2022.

Watson’s temporary absence means the Ferns will be relying more heavily than usual on their remaining three defenders.