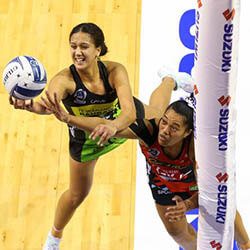 Netball New Zealand’s decision to scrap the remaining five matches that would have formed part of the final round of the ANZ Premiership may be disappointing, but according to Central Pulse coach Yvette McCausland-Durie, it was the right decision to make given the current circumstances. The organisation is reportedly now awaiting further guidance regarding how to proceed with finals day.

Netball NZ recently ordered all six competing teams to cease training with immediate effect. This as a result of Auckland-based sides having had to call a halt on all training sessions and assemblies under the Wednesday-implemented Level 3 restrictions.

The remaining matches, which would have been played over the course of a week, were scheduled for Wellington, Auckland, and Dunedin. And since the last and final round would have had no bearing at all on the placings for the finals series scheduled to take place on August 23, the finals event should be in a position to go ahead as planned.

New Zealand Netball’s decision to draw a line through the 5 remaining matches is according to the outgoing Pulse coach the reflection of an organisation desiring to be fair and just towards all of its players. The team, stressed McCausland-Durie, shouldn’t have any real issues adapting to the sudden change of plan, since they’re according to the coach by now quite used to having to deal with unexpected turns of events.