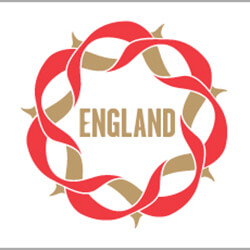 The England Roses will be facing New Zealand, South Africa, and Jamaica on home soil in a brand new international competition that will be taking place n England in 2020. The Vitality Netball Nations Cup will see the Roses fight it out against the New Zealand Silver Ferns, the Jamaican Sunshine Girls, and the South Africa Spar Proteas over four days in three different cities.

The tournament will start at the Motorpoint Arena in Nottingham in January, the first time since 2011 that an international netball competition will be played in the city. The event will start with England playing against latest world champions New Zealand, while Jamaica will be facing South Africa. The next event will see the teams move to the Arena Birmingham for another double match that will then be concluded at the Copper Box Arena in London for the final two days of the competition.

Jess Thirby, the head coach for the Vitality Roses, has said that she is looking for to the event that will see England play in front of a home crowd for the first time since the Netball World Cup. She stated that it was going to be an extremely thrilling event, and that competition is higher than ever, and all the teams are going to try and improve themselves following the exposure of the World Cup. She added that not only will they gain the opportunity to face world-class teams, but also competing in a brand new competition.