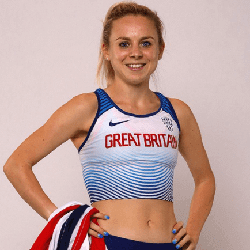 One of Britain’s top elite marathon runners, Charlotte Purdue, says she no longer feels the same passion for representing her country on the international stage after she was left out of this year’s Tokyo Olympics.

The expectation all along was for the 30-year-old to be named one of two discretionary picks after she received a medical exemption over a recovery from injury to skip the Olympic time trials in March. According to Purdue, she was left out of contention by UK Athletics’ selection panel after incorrect information about the amount of time she trained each day had been received from a doctor.

While Purdue said the issue had been raised with UK Athletics CEO Jo Coates, nothing constructive had come from the process. Purdue said while it remained an enormous honour to run for Great Britain, the entire experience around Japan has tainted her desire for representing her country. She said the situation had “gutted” her because of how long she had been thinking about and looking forward to the Tokyo Games.

While she’s practically guaranteed a spot in next year’s World Championships in Eugene, she says the situation around Tokyo has taught her to take nothing as a given. Paying attention to selection policies is a futile exercise as those policies don’t actually mean anything concrete, she said. UK Athletics selectors will select who they want despite times and performances, explained the pro-athlete.

Purdue said she still believes she fully deserved a place on the Tokyo team.