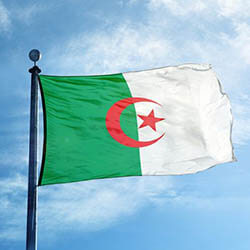 Recently crowned African winners Algeria have been named as the biggest climbers in the latest rankings from FIFA. The Desert Foxes, who beat Senegal to earn the Africa Cup of Nations while playing Egypt, have moved up 28 places for July’s list, and have advanced to 40th in the world and 4th in Africa.

Senegal currently retains the top spot for the continent, and moved up two places to reach 20th in the world, which is their best ranking to date. Nigeria, who claimed bronze in Egypt, moved up 12 places to 33rd globally, and third in Africa. Tunisia, who were the other semi finalists at the Nations Cup, moved down four places to 29th in the world after being second in Africa behind Senegal.

The biggest surprise comes from Madagascar, the quarter finalists who were rewarded for their impressive display in Egypt, moved up a total of 12 places and sit at 96th overall. Benin went up six places to 82nd in the world after they removed Morocco in the last 16, while Morocco went up six places to 41st globally and fifth in Africa.

Egypt, who were the host of the Nations Cup, advanced nine spots up to make the top 50 in 49th place, while Ghana are sitting below the Pharaohs in 7th for the African rankings, and are now 50th on the planet. Currently Belgium sit at the top of the roster, followed by France, Brazil, and England.