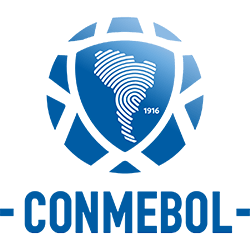 According to CONMEBOL president Alejandro Dominguez, it would be nothing more than a waste of time for FIFA boss Gianni Infantino to continue pushing for a biennial World Cup.

Dominguez warned this week that teams from the South American soccer confederation would not take likely to such a move, and would boycott FIFA’s plans in such an event. CONMEBOL will not play a World Cup every two years, insisted Dominquez. He also explained that Infantino’s plan was practically born dead, which he said had been made clear to the FIFA president since right from the start.

Infantino has been pushing the idea in an attempt to create more revenue from the event. But Dominguez has warned that without the participation of European and South American teams, there won’t be much revenue to speak of in the first place. These teams have won every edition of the World Cup since 1930, after all.

Also openly opposing Infantino’s plan has been UEFA president Alexander Ceferin. On a visit to CONMEBOL’s headquarters two weeks ago, the European and South American governing bodies seemed closer in mind and spirit than ever before. While Ceferin had visited CONMEBOL to attend a celebration for Dominguez’ sixth year in office, the latter has insisted that there is no such thing as a personal “beef” with the FIFA boss.

Dominquez said that instead of a beef with Infantino, the resistance comes from the realisation that a biennial World Cup would mean the end of Copa America.