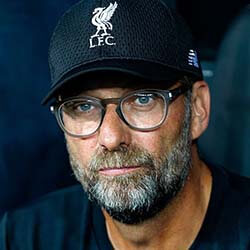 Liverpool Manager Jürgen Klopp says anti-vaxxers endanger the lives of others in the same way drunk drivers do. He says those refusing vaccination should be held accountable if others are infected by them. He also referred to their claims about having their personal freedom imposed upon as disingenuous and an empty excuse for justifying their point of view.

While several Premier League clubs are rumoured to not yet be at a point of getting half their players jabbed, Klopp said he’s had no trouble at all with Liverpool’s crew. He said 99 per cent of the club is now fully vaccinated and that he’s not once had to have a personal conversation with any member of staff or player about the importance of vaccination.

Klopp last week called for a larger and more prominent openness about vaccination laws in the interests of public safety. He said not being able to ask someone whether they’re vaccinated, but at the same time being permitted to ask taxi driver whether they’ve had a beer or two, doesn’t make sense.

He said considering vaccination to be a limitation of freedom necessarily means not being allowed to drink and drive to be the same limitation also.

It was announced on Friday that Premier League players will only be permitted to travel to countries on Britain’s “red list” in the event they’re fully vaccinated. Those even short of a single jab will not be permitted to sign up for international duty.