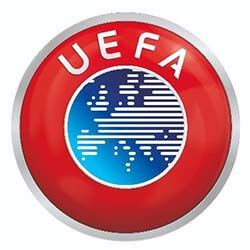 UEFA president Aleksandr Ceferin says he’s unhappy with how FIFA is going about its plans for World Cup finals to be played once every two years instead of four.

According to Ceferin, who voiced his unhappiness with FIFA’s push in his response to a letter from “Football Supporters Europe”, UEFA as a body has many reservations and concerns of a serious nature concerning reports currently circulating about the football governing body’s plans.

Ceferin’s main issue with the plans appears to be FIFA’s handling of the all-new campaign – being without any formal communication with leagues, associations, coaches, clubs, players, and the football community at large.

FIFA’s failure to consult on its plans is made all the more astonishing by the fact that they would need to be voted into force by its congress – which is made up of the 211 national football associations and federations.

A FIFA spokesperson has now explained the move by saying that a feasibility study on the impact of what the chance would mean for the world of football was already announced in May – and that the necessary consultation processes are ongoing. The spokesperson said consultations will be held with all major stakeholders in the coming months.

While several federations have voiced their support in favour of the proposal, and mainly because of the increased revenue that this would generate for the sport on a global level, organisations such as UEFA remain opposed to the idea because of what such a change may mean for an already cramped match calendar. The welfare of players remains a major concern for especially UEFA and European clubs and leagues.