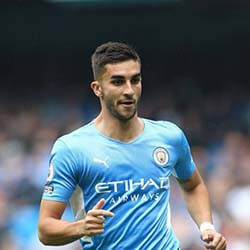 The expectation is for the club to offer Torres, who hails from Spain, a money-spinning contract spanning five years, despite Barca’s widely reported financial debts. Torres is anticipated to travel to Spain in the next day or two to finalise the deal and undergo a medical. The club is rumoured to already be working on a statement for announcing the big signing.

The star forward hasn’t played since September after suffering a foot injury while on international duty for Spain. Even so, he’d been in outstanding form before the stoppage, scoring 7 goals in 11 matches for Barca and country.

Owing to the early retirement of Sergio Aguero, who managed to play only 339 minutes for the club before suffering chest pains in October, Torres is regarded a high-profile target for Barcelona manager Xavi Hernandez. Barcelona are currently ranked seventh in Lia Liga, which is only two points off a top-four position. The club’s outlook has improved in recent times following the disastrous summer that saw Lionel Messi leaving largely because of financial issues.

Pep Guardiola has been outspoken about how much he valued Torres’ contributions at City this season. Even so, the fee on the table is viewed as a decent return for a player that cost the club only $30 million in August last year.