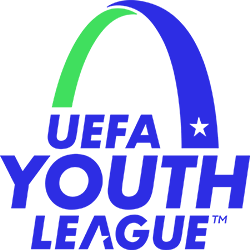 The EUFA Youth League is almost at an end, and in a semi-final that saw two strong teams competing against each other, Barcelona managed to gain the upper hand by the end. The first half was the strongest for Barcelona as they scored five goals, and then settled in to hold defence for the second half of the game. This was no small feat in face of Manchester’s 10-man seasoned team.

Held at the Colovray Sports Centre in Nyon, Switzerland, the Spanish players won with 5-4 on the scoreboard, and their next opponents will be Chelsea, who won against Porto on the same day.

Barcelona’s control of the field was astounding as they secured their 5-2 lead before the first half had come to an end.

Manchester City weren’t having as good a time, especially at the 36 minute mark where Lorenzo Gonzalez was sent off field for his second yellow card, thanks to a challenge on Miranda.

Barcelona lead the match with 3-2 by the time Gonzalez had been sent off, and gained further advantage when Perez managed a second just six minutes later, with Maques scoring again just before the start of the interval.

This is the second win for Barcelona in recent history, after they won the inaugural title back in 2014.