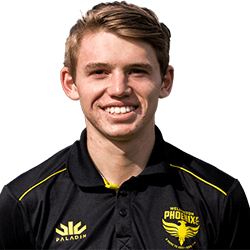 Phoenix midfielder Callum McCowatt is the reason why Wellington Phoenix is well on track for a top-two finish for the season. Callum recently almost single-handedly set up the opening goal scored by Gary Hooper in the game opposite Perth Glory. The impressive bounce-back saw a stunning and break-out performance by the young Kiwi midfielder, and one likely to get him noticed all over again.

The Wednesday-night 2-1 victory at Bankwest Stadium in Parramatta saw Phoenix climb all the way to a single-point separator between it and current second-place occupant Melbourne City – which is a definite one-up when compared to the club’s previously-stated goal of finishing among the top 6 for the season. And pushing for “that second spot”, says Phoenix coach Ufuk Talay, is exactly what the team will from now on out be focusing on.

Phoenix should, if anything, be commended for what turned out to be a superior-style systematic and composed approach on Wednesday night. And it’s an approach that paid off in the best way possible when McCowatt and Hooper in the 32nd minute of the game joined forces and made the game’s opening game happen in favour of Phoenix.

What made McCowatt’s part played in the magnificent goal all the more noteworthy is that he himself could very well have taken a chance on gunning for a spot on the scoresheet himself. He however put his short somewhat at risk after a poor response to a cut-back pass from Liberato Cacace. Even so, he had held nothing back in passing on the glory to his fellow team-mate.