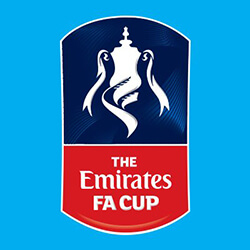 Chelsea is set to take on the 12-time victory for the tie round at Stamford Bridge in February after they draw to face Manchester United. The fifth round of the event will mirror what happened during last year’s final.

Manchester United have won eight of Solskaers’s matches since the Norwegian took over from Jose Mourinho in December, which includes a 3-1 victory over Arsenal for the fourth round of the FA Cup while playing at the Emirates Stadium.

Chelsea, who are eight-time winners, reached the fifth round after beating Sheffield 3-0. Eden Hazard scored the only goal from a penalty spot as the team met in Wembley, with Chelsea taking the trophy for the fifth time in 11 years.

Elsewhere in the draw, League Two team Newport could be set to face Premier League winners Manchester City if they manage to beat Middlesbrough for the fourth round replay. League One Doncaster are preparing to host Crystal Palace after going through to the fifth round for the first time in over 60 years.

AFC Wimbledon, who recently won over West Ham for round four, have been given a home draw against Millwall, who overcame Premier League opponents Everton. Bristol City will be facing either the Wolves or Shrewsbury. Derby, who managed to get through thanks to a late goal in round four against Accrington will be facing either West Brom or Brighton for the last 16 of this year’s FA Cup.