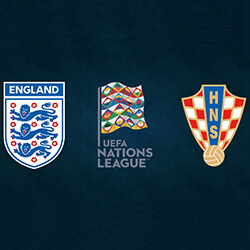 English fans face the prospect of travelling hundreds of kilometres and spending thousands of pounds to follow their team as they face Croatia, only to not have the chance to watch them play live – a problem that many fans are facing at the moment as they plan their trek to Rijeka.

The upcoming game marks England’s 988th senior international since 1872, and it it will be their first game to be played behind closed doors, thanks to UEFA sanctions against the host. It will be a rematch of July’s World Cup semi-final that saw Croatia earn an extra-time victory while being watched by over 78000 people in Russia.

As the teams get ready to face each other, the small HNK Rijeka Stadium will have no attendance at all.

But the stadium won’t be completely devoid of people, and it’s expected that there will be a few hundred people at the game live, but this will be made up of the teams themselves, media personnel, FA officials, UEFA staff, as well as stadium workers. But no fans will be able to enter the stadium, which means that many will either need to try find a vantage point, or watch the game at a local bar.

The game has been met with even more controversy as fans decry how difficult it’s been to travel to Croatia. Many were shocked to find that the venue had changed, as most games in the past were played in the Maksimir Stadium in Zagreb, only to learn later about the change.