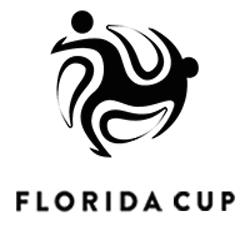 It says something about Scotland’s winters that Glasgow Rangers regard their trip to the 2018 Florida Cup as ‘warm-weather training’, given that Florida is currently chillier than it’s been in living memory. The soccer tournament runs from January 10-20 at the Universal Orlando Resort.

But warm or not, the Scottish soccer giants won’t be letting the friendly status of the Florida Cup blunt their edge. Coach Graeme Murty has promised his players a tough working fortnight, and disappointed any who thought they were in Orlando for ‘a jolly’.

This year’s tournament is the fourth; the Florida Cup was inaugurated as an annual fixture to bring world-class European and South American club soccer to the USA in 2015. The first tournament featured two teams invited from Germany and two from Brazil.

Nine teams featured in 2016: one from the USA, four from Brazil and two from Germany, along with one each from Colombia and Ukraine. Last year’s tournament expanded to 12 teams, with a record five from Brazil.

The teams are down to a more manageable eight in number for the 2018 Florida Cup, although South American sides still predominate. Apart from Colombia’s Atletico Nacional and Ecuador’s Barcelona SC, there are three teams from Brazil.

Sao Paulo-based Corinthians have played in every Florida Cup to date, finishing third in 2015, fourth in 2016 and runners-up last year to home rivals Sao Paulo FC, who aren’t playing this year.

Rio de Janeiro’s Fluminense played in 2015 and 2016, finishing fourth in the inaugural tournament, and are back for a third crack at the Cup.

The most successful Brazilian side back in the 2018 Florida Cup lineup is Atletico Mineiro from Medellin. Although they didn’t finish in the top four last year, they played their first Cup in 2016 and won it on debut.

Kiwi punters can follow the action on Fox sports channel WOFL and online MyNetworkTV channel WRBW. Despite their experience and past records, however, it isn’t going to be a walkover for the Brazilian teams.

Rangers certainly have the talent and nous to give the South Americans a run for their money, and the final two European teams completing the lineup are no slouches either: the Netherlands’ Eindhoven PSV and Poland’s Legia Warsaw.

So even though the 2018 Florida Cup is a friendly, punters could see some volatile betting action worth taking seriously.