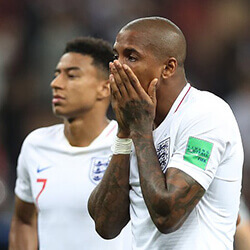 As England’s team reels from their latest loss, Croatia is celebrating their win, as well as their first time playing in a final match.

Croatia’s win at the semi-finals was in big part thanks to start striker Mario Mandzukic, who managed to score the winning point for his team during over time.

England started off strong at the beginning of the match, having grabbed their first point after being awarded a free kick on the edge of the penalty box. Kieren Trippier managed to pass the ball past defender Daniel Subasic to give England a strong lead. The English team would then go on to dominate the field for the first half of the game, holding steady until half time was called.

Croatia came back on to the field with a vengeance, and after a few minutes of unyielding offence, they managed to grab the equalising point to pull the game into the tie. From then until overtime, both teams had fought to gain more ground, but defence on both sides remained solid, until the surprise score by Mandzukic just before the event came to an end.

England has never won a semi-final at the world cup outside of home ground, and the last time the team saw a final game was in 1996. The loss was a blow to those at the stadium during the match, as well as to the millions of fans that had lined up to watch the game back home.