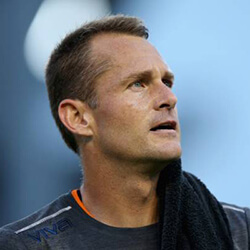 He’s played as a goalkeeper for the All Whites and is currently filling the same position in the Newcastle Jets team, but Glen Moss has made the news of his imminent retirement public. He’ll be stepping down when the current A-League season draws to a close.

The 37-year old one-time New Zealand International believes that he’s no longer able to train at the level of a professional player and so ends a career that began with Sydney Olympic in the NSL in 2003.

Moss released a statement which explained that he’s made his decision early after informing his club so that they can start planning for next season. He said he is committed to doing everything he can to help Lewis Italiano and Noah James show how much they deserve contracts and spoke of his pride at finishing in Newcastle. He said it’s a perfect end to a Football career spanning almost 20 years.

Moss has played for five different clubs during his career, making a total of 249 A-League appearances in all. He was also on the field for the All Whites 22 times and helped secure New Zealand’s first point in a senior FIFA tournament during the 0-0 Draw against Iraq at the South African 2009 Confederations Cup.

Moss has indicated that he’s interested in taking up coaching when he finished his career as a player, stating that he has a real passion for the game and would be thrilled to be able to pass on his knowledge.