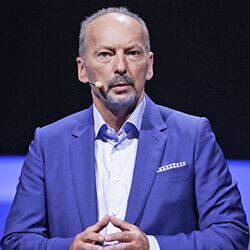 Peter Moore, CEO of Liverpool has told reporters that the club has received a number of complaints about issues fans have had to deal with in terms of attending the Champions League final against Real Madrid. The complaints have been taken to the “highest levels” of UEFA.

Fans have been met with a number of difficulties, such as finding reasonable pricing for transport and accommodation for the final set to be played in Kiev, with clubs receiving 16626 tickets in a stadium that can hold 63000.

Moore has stated that Kiev does not have the infrastructure to accommodate one of Europe’s most popular premier club competitions, causing problems for a number of fans.

“To call it a challenging location would be an understatement, and I’ve had discussions all the way to the top of EUFA about it,” Moore has said. “It’s a wonderful city, but is it capable and fit for purpose when it comes to hosting a Champions League final? We think the answer is now. That’s through no fault of their own – they just don’t have the airport infrastructure and the hotel capacity to cope with an event of this side, and there isn’t another city within hitting distance of it.”

It’s the first Champions League for Liverpool since 2007, and tickets are currently selling for thousands of pounds unofficially. The club is now working with private investigators to figure out a way of fighting against the inflated price of resold tickets.