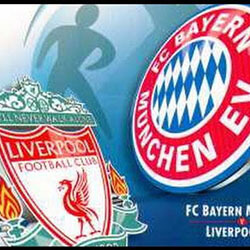 Liverpool are set to take on German Bayern Munich for the Champions League last 16, while Manchester United have  drawn to play against Paris St-Germain. Manchester City, famous Premier League champions, along with Tottenham will be facing Bundesliga sides, with City meeting Schalke, and the Spurs taking on Borussia Dortmund.

The first leg of the vent will take place in February, and the return fixtures are set to finish by mid March. Group winners will be away from their homes for the first legs of the season. Teams were unable to be drawn against sides from the same country for the last 16, nor against teams who they had previously played against in the group stage.

Elsewhere, Real Madrid are set to take on Dutch side Ajax, who have recently reached the knockout stages for the first time since the 2005/2006 season. Series A winners Juventus will be facing Europa League winners Atletico Madrid. Barcelona will be playing against French Lyon, while Italian team Roma take on Portuguese champions Porto.

Liverpool avoided a rematch with Real Madrid in the draw then they were left in the pot along with Ajax as part of the unseeded teams. The Reds have yet to play Bayern, who have reached the semi-finals in seven of the last nine seasons, in the premier club competitions since it became the Champions League. The German champions are currently in third place, nine points behind Dortmund, in a season where they have otherwise struggled.