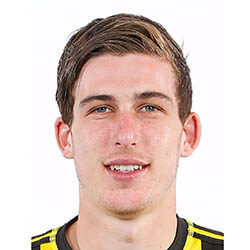 Louis Fenton’s terrible run with injury has contend as recent scans revealed that the Wellington Phoenix defender has dislocated his left shoulders, revealing that the injury occurred during the early stages of their controversial loss to Melbourne City. Fenton has already been forced to withdraw from the All Whites team for their upcoming games against Lithuania and Ireland, with the right back having been ruled out their next clash against Melbourne Victory, where the Phoenix will be hoping to avoid a club record of five defeats at the beginning of an A-League season.

It’s not clear on how long the injury will force Fenton to remain on the sidelines, and whether he will need any surgery in the future, especially considering that the player had previously dislocated both of his shoulders. Coach Ufuk Talay told reporters that they will re-evaluate Louse at some point during the week to determine his availability for the seventh round and more, and in the meantime him and the team wish him the best of luck for his recovery and are looking forward to his return to the squad.

The shoulder injury had compounded an otherwise forgettable night for the player, who had been the subject of a VAR howler during the second half. City had been awarded a penalty for handball despite the ball hitting Fenton’s chest. Angry over the decision, Fenton exploded during the post-match interview, but was able to avoid any further penalty for his comments.