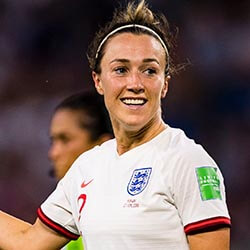 Lucy Bronze from England has been appointed this Year’s UEFA Women’s Player of the year, with Virgil van Dijk from Liverpool getting the men’s prize. Fullback Bronze managed to beat Lyon, Ada Hegerberg and Amandine Henry. She is the first English recipient of the award, argued for in the women’s match by top trainers and reporters.

In the Champions League final in Madrid in June, Defender Van Dijk assisted Liverpool in defeating Tottenham 2-0. The 28-year-old edged out Barcelona’s Lionel Messi and Juventus ‘ Cristiano Ronaldo for the prestigious award. He is the first defender to receive the prize, which was first given out in 2010-11 season. Messi and Ronaldo shared five of the past eight prizes between them, sharing the winners’ list with Andres Iniesta (2012), Franck Ribery (2013) and Luka Modric (2018). A revelation for Liverpool since joining Southampton in a £ 75 m agreement in January 2018, Dutch centre-back Van Dijk was an essential component of the team that won last season’s top European football award and helped current Premier League champions Manchester City through the title event.

Bronze assisted English Phil Neville achieve the winter semi-finals of the French Women’s World Cup. She received the Silver Ball as the second-best player of the tournament. She was unable to join the awards banquet in Monaco, following the selection for the group phase of the 2019-20 Champions League, as she appeared in a friendly in Leuven which saw England face Belgium.