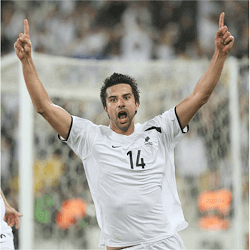 In the world of international soccer, New Zealand’s All Whites qualify very much as minnows. Nevertheless, thousands of Kiwis enjoy the game, and it’s a favourite among committed sports betting fans too. Soccer’s global appeal means that it’s a winter sport available all year round, even if it’s a hemisphere away. Its popularity in Europe, South America, Africa and Australia means that punters looking for world-class tournaments can always find some action, in addition to the betting on local soccer teams in New Zealand’s seven football federations.

2016 was made more fun for sports betting fans by the Summer Olympics in Rio, which featured more soccer. The All Whites were not among the 16 national teams that qualified, but hosts Brazil were joined by Argentina, Germany, Nigeria, Portugal, Mexico, and Algeria, among others. There was thus soccer talent aplenty to enthral New Zealand punters; plus handsome rewards for any who had a hunch South Korea would get to the quarterfinals, or that Honduras could make it to the semis alongside heavyweights Brazil, Germany and Nigeria.

Having not conceded a goal the entire competition, Brazil was unlucky to let one in against Germany in the final, resulting in a draw that went to a penalty shootout. It was a thrilling ending for soccer punters, however, with Brazil winning by a razor-thin 5-4 margin on penalties.

Other Memorable Soccer of 2016

The English Premier League presented Kiwi punters with a spectacular long-shot bet that turned into a dream-come-true fairy tale for Leicester City. Barely escaping relegation in the 2014-15 season, City were rank underdogs at the start of the 2015-16 premiership. Bookmakers were offering odds of 5,000-1 against them taking the championship. City’s win against Sunderland in the opening match of the season propelled them to the top of the table, and despite a defeat to Arsenal in September and Liverpool in December, they remained unbeaten otherwise to clinch the title.

The FA Cup is also a favourite among international soccer fans, although this year’s final at Wembley will only be remembered by those who had a punt on Manchester United beating Crystal Palace 2-1. The match didn’t have much in the way of explosive soccer, until 10 minutes from full time, with the scores level at 1-1, when Jesse Lingard took a great volley in the penalty area and rocketed the ball past Wayne Hennessey to secure the United victory.