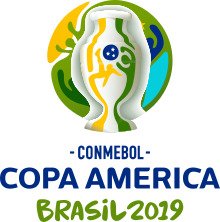 Neymar will be missing the 2019 Copa America that’s set to be played on home soil after he ruptured a ligament in his ankle during Brazil’s friendly win against Qatar that took place in Brasilia. The 27-year-old Paris St-Germain forward who lost his position as captain of Brazil earlier in the year, was seen limping off of the field after just 17 minutes.

Neymar was taken from the stadium to the hospital to have a scan after he was helped off of the field by members of the support staff of the Brazilian team, with the initial belief that he had simply twisted his ankle. Coach Tite of Brazil, who had described the forward as indispensable for the team, had believed that the injury would not be very serious.

Neymar, who had joined the PSG from Barcelona for an all time record of 222 million Euros in 2917, was forced to miss three months of play earlier this year after he had broken the metatarsal in his right foot. Fellow Paris St-Germain teammate Dani Alves took over the role of captain for the national team, a role that Neymar only held for eight months and lost following a series of disciplinary issues, one of which included a ban for lashing out at a fan.