No Easy Road For The Socceroos This Time 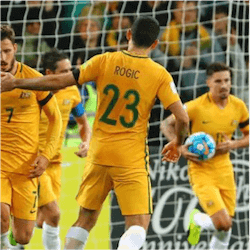 A Long Road for the Socceroos

Australia was on the verge of qualifying for the 2018 Soccer World Cup. All they needed was for Japan to win or draw their game against Saudi Arabia and they would have automatically been sent through to Russia with their heads held reasonably high. But it was not to be for the Socceroos. After a disappointing 2-1 win over Thailand, Australia needed a helping hand from the Japanese team in order to avoid a lengthy route through the intercontinental playoffs.

Having struck a staggering 45 shots at goal, the Socceroos tried their best to rack up the margin needed against Thailand to overtake Saudi Arabia on goal difference. Despite their best efforts though, Australia just could not find the back of the net as often as they would have liked. With a final score of 2 goals to 1, all that was needed for Saudi Arabia was a win by any score in their game against Japan to qualify for Russia.

For Australia, what was needed was a win by Japan or at least a draw. It took a while for both teams to find their feet, with Saudi Arabia having a slight advantage before the break. An inspired change from coach Bert van Marwijk during the break brought about the crucial piece of the puzzle for Saudi Arabia. Replacing Mohammad Al-Sahlawi, Fahad Al-Muwallad was brought on and immediately showed his worth, forcing a huge save from Eiji Kawashima.

With just over an hour on the clock, Al-Muwallad struck again, this time finding the back of the net. The 60 000 odd fans at the Abdullah Sports City stadium were brought to their feet as the realisation that their team could qualify for their first world cup since 2006 was very much in site. Japan, who had already qualified last week with a 2-0 win over Australia, essentially had nothing left to play for. They failed to produce and equaliser, consigning Australia to a disappointing 3rd place finish in Group B.

The Socceroos now face two rather difficult home-away tie games, the first of which is against Syria in October. The winner of that game will go on to face the 4th placed qualifier from North and Central America in November. If Australia manages to get through and win this game, they will book their spot at their fourth straight World Cup.