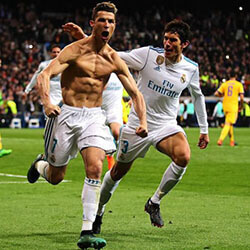 The hope of Real Madrid is to earn another Champion League trophy, which would make it their third triumph in a row.

The match against Munich and Madrid was played at the Santiago Bernabeu, and it saw two of Europe’s biggest teams competing against each other for the chance at the Final.

The first leg saw the hosts in command with a 2-1 lead, after a second goal landed by Joshua Kimmich pushed the teams into a tie.

The win remained viable for both teams until Bayern’s David Alaba made his own mistakes on the field, allowing Benzema to direct the ball to Marcelo who pushed it into their final goal for the night, pushing the score into a tie of 1-1. This rolled over into Madrid’s aggregate, allowing them to gain the upper hand of 3-2 overall, and giving the shot at the Final.

The last 28 minutes of the match had Bayern fans on the edge of their seats as they fought to gain goals on top of their opponents, but the home advantage for Madrid saw them survive the first half of the game unscathed before grabbing the points needed for the eventual tie and overall winning score.