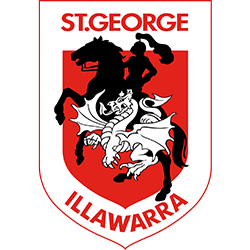 St George Illawarra will bring in Phil Gould to assist with the club’s end-of-season assessment and hope that he can help create a turnaround for the team, similar to the one experienced by North Queensland after responding to the Cowboys ‘ SOS almost a century earlier. After deciding to participate in the assessment, the former Penrith supremo, will be making his first foray into the club world after he left his position with the Panthers earlier in the year.

Brian Johnston, chief executive of St George Illawarra, stated that the club would conduct a wide-ranging evaluation of their entire football activities –and Gould has now emerged as a key figure for that job. After a difficult summer, embattled coach Paul McGregor was under fire from the Dragons’ fan base, who believe that it will be the worst season so far Red V in joint venture history. Despite this, McGregor is ready to maintain his work for next season.

He signed a two-year contract previously this year, but important players like former captain Gareth Widdop have been blighted by the Jack de Belin story, and accidents have put the team behind so far this season. While the Dragons are eager to put the year behind them and end on a better note against the last-placed Gold Coast match, Gould will still be performing his assessment to help the team earn back their previous successes.