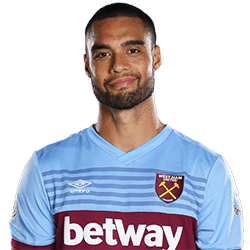 Winston Reid, a formidable player in both the All Whites and West Ham teams, is going to be joining the MLS Expansion team Nashville Soccer Club in an upcoming loan deal. David Moyes, Manager at West Ham, recently confirmed that the Central Defender will soon be heading over to the USA, although details on when exactly remain unclear.

Nashville Soccer Club will be joining the Major League Soccer level this season, alongside Inter Miami, the franchise based in Florida partly owned by David Beckham. This will see the competition getting expanded to include 26 teams.

It is believed that the load deal will initially extend across six months and will theoretically allow for Reid to return to London to play in pre-season games with the Hammers as he tries to regain his first-team status. His main focus at this point will no doubt be on racking up game time.

Reid has not appeared in a competitive match for West Ham, besides in an Under-23 game in November 2019, for almost two years now. This is thanks to a freak knee injury he sustained in a match against Swansea in March 2018, where he was knocked unconscious and suffered ligament damage.

He had been a consistent, fairly durable player until then, averaging 33 matches in the previous three seasons before his campaign over 2017 and 2018 was cut short. This was in spite of a catalogue of persistent injuries he was sustaining over that period, including issues with his abductor, calf, hamstring, groin, and quadriceps.