Animosity And Contempt Ahead Of MMA Weekend 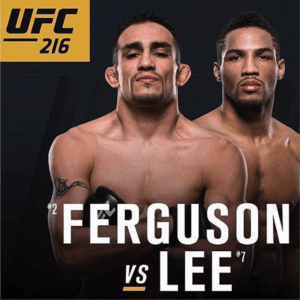 There’s no love lost between MMA fighters Tony Ferguson and Kevin Lee.  Ferguson has said that he respects Lee for his willingness to compete against him (Ferguson) but that that was basically where the admiration stopped.  Ferguson and Lee will be squaring it off in Saturday’s main UFC headliner at the T-Mobile Arena in Las Vegas.

The winner of the fight will be crowned the next UFC interim lightweight champion – a title that has been in Ferguson’s sights for quite some time.  Quite rightfully so, too.  Ferguson’s current nine-fights unbeaten record winning streak is the longest of its kind in divisional history.  Ferguson prides himself on his levels of authenticity and has famously said that he does not perceive Lee as being cut from the same quality cloth.

When asked to elaborate, Ferguson went on to say that Lee was, in his opinion, fake and trying to portray a persona that he did not truly embody.  Referring to his upbringing in the suburbs of Michigan, Ferguson said that he knew where Lee came from and that he (Ferguson) knew people who lived on the same block as where Lee used to stay.

Ferguson Keen To Fight, McGregor Not

When questioned as to why he has not yet moved in the direction of proposing a fight with Connor McGregor, Ferguson responded by implying that McGregor wasn’t eager to fight him due to the fact that the Irishman did not want to face the best in the MMA business.  The general tone of his comments went something along the line of McGregor only fighting those that he knew he could beat easily, so as to uphold his reputation.

Lee A Man Of Few Words

Unlike Ferguson, Lee has been short and curt in his replies to questions from the press.  Some have speculated that it may be due to the recent emotional upset caused by the Las Vegas shooting.  Others say that it’s a simple as Lee being fed up with Ferguson’s arrogant nature and statements.

Lee did shed some light on his seemingly despondent mood by saying that everything felt quite trivial in the light of the shooting, even the biggest week of his career and that he felt stuck in a state of empathy, even toward his arrogant opponent.

The fight is deemed to be the biggest in MMA and will be broadcast on a pay-per-view basis.