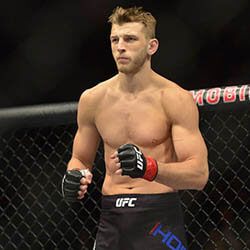 It has been confirmed that Dan Hooker will be headlining in his hometown of Auckland for the main event when the UFC returns to the region next year. Hooker, who is the seventh ranked lightweight, will be continuing his goal for a title shot against number six Paul Felder during the UFC Fight Night that will bet taking place at the Spark Arena next year February. Hooker remains the frontrunner to lead the card while Israel Adesanya remains lined up to defend his title for the pay-per-view show that’s set to take place next year.

The Auckland participant, who has been featured on the undercard of his two previous UFC event in the city, has been on an upward spiral since he moved to the lightweight division two years ago. He is currently 7-1in the division, and has earned a reputation for hi stoppages against such opponents as Jim Miller, James Vick, and Ross Pearson.

The fighter will be making the trip from the United States for a battle that has been in the making for two years. He earned his praise for calling out Felder in a respectful manner, while Felder was working with a UFC commentator at the time as part of an interview following his defeat of Miller in 2018, Felder admitted that he appreciated that Hooker had requested the fight to his face, and while they had different plans at the time, the stage has been set for a thrilling clash.