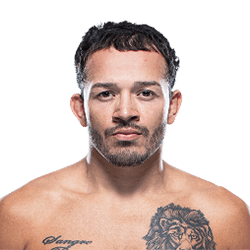 UFC star fighter Irwin Rivera has been arrested for a January 7 incident that reportedly involved him stabbing his two sisters. The incident happened in Boynton Beach, Florida, and according to online information, has led to Rivera being charged with two counts of first-degree premeditated murder. A prominent news broadcaster has however in the meantime revealed that an incident report indicates that the 31-year-old has in actual fact been charged with two counts of attempted murder.

Said report confirms that two women, aged 33 and 22, were both found alive suffering from multiple stab wounds. Both women are alive and recovering in hospital. The 22-year-old woman suffered head wounds, as well as stab wounds to her back and arm. The older woman sustained stab wounds to her face, hands, back, and both arms.

According to police reports, Irwin initially fled the scene of the crime, but upon apprehension by police, reportedly confessed to having tried to kill his two sisters. The martial arts athlete is said to have used a “brass knuckle” knife, and apparently told local authorities that he had been prompted to the acts by a supernatural “higher” power.

A statement issued by the UFC confirms that Irwin will not be offered any further fights, and that the organisation has been informed by the athlete’s management that he (Irwin) has been displaying behaviour indicating the presence of severe mental health issues.

The statement reportedly also confirms the internal investigation by the UFC to be ongoing.